years ago, on my sixteenth birthday, my parents gave me a beautiful ring.  all of my sisters were given one on their sixteenth birthdays as well – each ring was designed by my folks, and each has three small diamonds in it.  when i received mine, i decided it would be my “promise ring” (a ring that is worn as an outward sign of an inward choice for abstinence until marriage).  my ring was beautiful…and for many years, i wore it daily and stayed faithful to the commitment i had made. 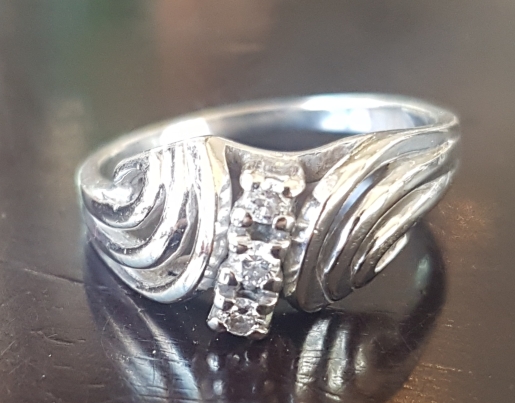 i also had very precious dream, that one day, when i got married, i would melt down my beautiful ring and use it to make my husbands wedding band – in essence, giving him my promise.  giving him the “symbol” of my faithfulness and dedication to purity.

well, life happened… in my early twenties, for several different reasons, i struggled and gave into impatience and desire.  i did not keep my promise.  i made choices that i thought would bring satisfaction or that would bring validation…but they just left me burdened with such shame and such regret.

i am so thankful, though, for the grace and mercy of Jesus – i finally let my parents and pastors know what had been going on, and in their love and wisdom, they walked with me through the process of being healed and restored.

but somewhere in the middle of all of that, i took off my ring.  i kept it in a drawer somewhere, and never wore it.  i felt that i had failed so miserably in this promise that i no longer deserved to wear it and it had lost its meaning.

fast forward years later, i met my now husband, allan … we started courting and somewhere along the way, once we had gotten to the point we knew we would get married, i told him about that ring.  i told him how badly i felt that, to me, it no longer held the precious meaning that it had before… and my (then) boyfriend stopped me and said, “rebekah…it DOES still have meaning – it can be fresh commitment for the two of us, for this relationship…a promise to wait until we are married.”

and i put my ring back on.  🙂  and i wore it during our courtship…the purpose and the promise had been restored!

when we got married, we had 5 weeks to plan our wedding (it was SO FUN!!!) unfortunately, when i tried to take my ring in to be remade into allan’s wedding band, no jeweler had the time to get it done (we got married a few days after christmas, so the jewelry shops were closing for the holidays).  for our wedding ceremony, we used a silver ring i’d bought years ago that fit him (knowing we would get his ring done later)!

when i finally saved up enough money, i secretly got his ring done as a surprise for his birthday!

i found a jeweler who agreed to make the ring for me.  i spent days and days looking at different designs and finally worked out my own idea, presented it to the jeweler and we agreed on what the final product would look like.  the day came for me to pick it up (the day before his birthday, when i was meant to give it to him) and it was MUCH too small!!  also, it looked a bit different than what i had imagined…. i was so disappointed!  i ended up giving it to him, but we had to take it right back to the jeweler for it to be worked on again… and it even had to be worked on a THIRD time after that to get it right.

we finally got the desired result…but the process was much more difficult that i had imagined.  in my head, it was a simple and quick thing to do… melt it down, make it look like the new design, polish it and BAM!  we are done!  but no… it took melting it down a few times (which caused me to lose a few grams of the gold), it took back and forth, it took TIME, it took work…and at some point in the process, i wanted to just settle for where we had reached…but something kept pushing me to keep working on it – i KNEW what i wanted it to look like.

can i tell you what i learned from this?

God reminded me of this precious truth – just like my ring that was marred by failure, i too was marked by my failure.  but the same way the ring was put through the fire, and fashioned by a masters hands into something new, i also have been purified by fire and by submitting to the Masters hands.  and the same way the “new ring” was still the exact old ring, just different looking, so i was still “me,” but looking nothing like i did back then.  God has made me new (and is still renewing me)!

2.  the process of being made new is not easy or fast.

what i envisioned to be a quick and straightforward process was totally opposite – it took time and effort…and it COST me.  the high value did not come cheaply. and it took commitment to the vision that i had, the potential that i knew was there for the end product to look like my idea.  so too the process of ME being made new – what i thought would be quick and straightforward did not turn out that way.  it took time.  it took effort.

high value does not come cheaply… in fact, with gold, what ADDS value to it is the FIRE… the more purified it is, the more valuable it is.

and the Master is also committed to what we can turn out to be – He is not willing to settle for “good enough” – He has a plan and it is a good one and He will keep shaping and keep polishing and keep molding and keep doing what is needed for us to be the BEST we can be.

can i encourage you today?  the fire you are in right now is ADDING VALUE TO YOU.  it is making you better quality, more pure, more desirable… don’t despise that fire.  that is where what is hard and set is melted down so that something new can be fashioned and formed.  don’t despise the time it is taking…remember, only cheap things are produced quickly.  masterpieces take time.  things of great value (jewelry, paintings, houses, cars…ANYTHING of high value) take more time to produce than things of minimal value.  don’t undersell  yourself… don’t undersell what God is doing in you right now… it is taking time because you are of utmost worth!

don’t give up…don’t give in…don’t get impatient and abort the process…don’t question the Master… He does all things well, He does not withhold good, His plan is for your HOPE and your FUTURE! 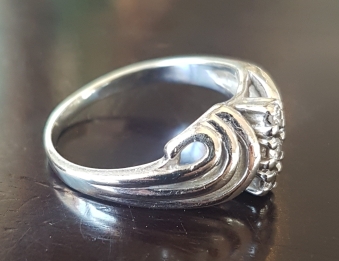 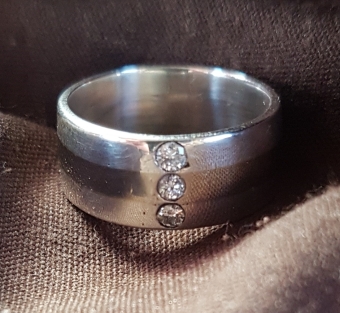 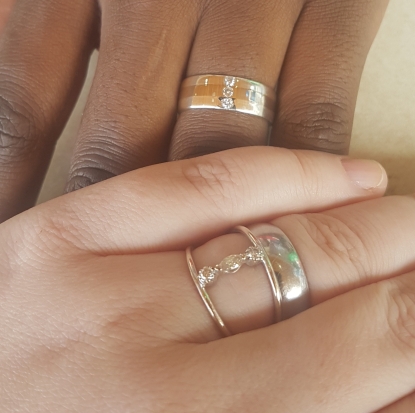 9 thoughts on “all things NEW!”